KARAKURIJAPAN introduces traditional Japanese cultures day by day. Today’s article is about one of the traditional cultures, origami.

You can Make Various Things just from a Piece of Origami Paper!

Origami has been played with since over 200 years ago in Japan.

You can make really various things from origami such as objects, animals and even humans. 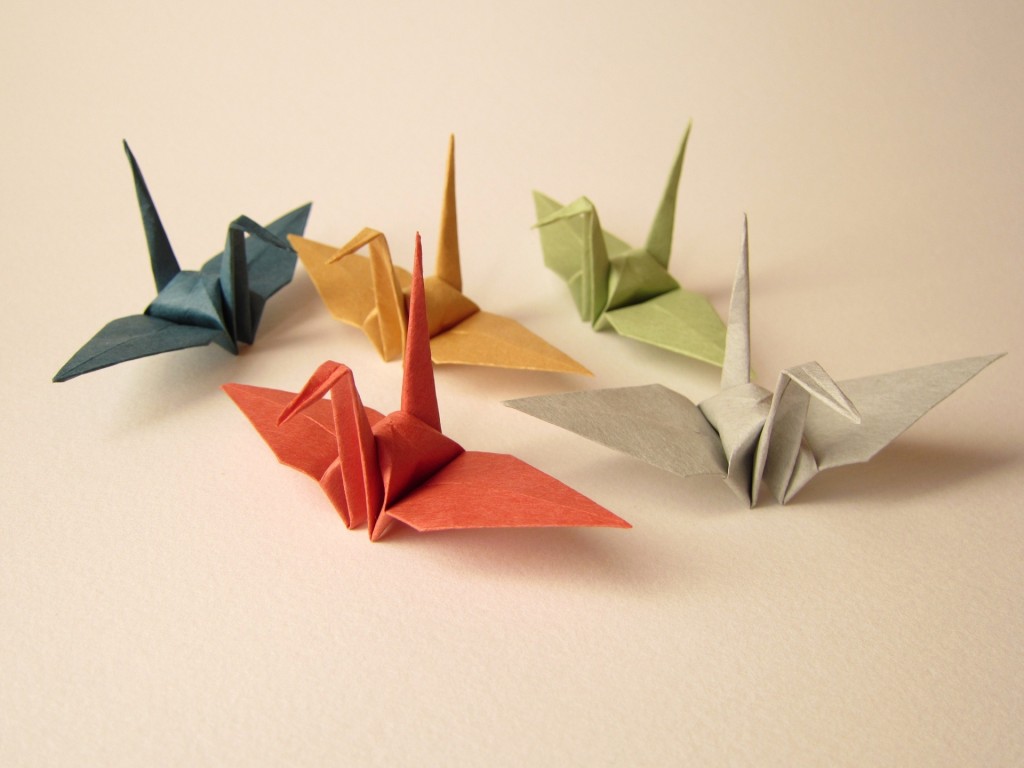 There are some typical techniques for folding origami. And if you remember those techniques, you can make origami works well.

So, in this article, I’ll show 10 of the typical folding techniques.

We often use those techniques for origami lectures, so let’s learn them!

I’ll introduce those one by one. You can understand easily if you watch the video. Please watch it!

▲Make a crease at first, and fold it as the corner goes inside between the front and back paper.
This is called an inside reverse fold.

▲Contrary to the inside reverse fold, turn over the corner and fold as it covers.
You can’t fold finely unless you open the paper to the certain degree, so it might be very difficult depending on what you make.

▲Make a valley fold and a mountain fold in parallel.

It is same as making two outside reverse folds.

Techniques from now begin with the shape of basic square, so I’ll introduce how to fold it.

▲Colored side is up, and make a diagonal crease. Turn it over, and make vertical and horizontal creases.

▲Open it, and fold it by following creases you made. Do same on the back side. Then you completed to make a basic square.

3 Techniques which are Expressed to “Open and Squash”

I’ll introduce 3 techniques which are expressed to “open and squash”.

▲Make a crease by folding along the center line.

▲Open it from the bottom and squash it.

▲From the bottom, make creases by folding along the center line. Make a crease on the line which links the ends of the creases you made.

▲Open the front paper from the bottom and squash it. You can fold it easily by following the creases for the lower part. For the upper part, you have to make valley folds into mountain folds.

▲Beginning with “open and squash” No.1, make creases on the bottom by folding along the center line.

▲Begin with “open and squash” No.1. Make a crease on the bottom by folding it along the center line.

Open and fold it by following the crease, and fold the part which rises automatically as you pull it.

Fold it carefully because there is no crease for the upper part as well.

▲Make a crease on the top.

▲Open it once and make sure there is a square by the crease you made. Make all the creases of the square into mountain folds.

Make the diagonal lines of the square into valley folds. Fold it as it goes.

▲The top has been folded as if it sinks.

Those are 10 typical folding techniques.

For every techniques, you should make creases carefully. It can be said that creases affect the completion of origami works.

KARAKURIJAPAN often uses those techniques in our origami lectures. So please master them!

KARAKURIJAPAN introduces many origami lectures. Origami is one of the traditional Japanese cultures which you can try easily!