18 SepEasy! Lesson of How to Make Origami Animals – Bird –

Easy! Lesson of How to Make Origami Animals – Bird –

Hello! I’m a writer of KARAKURIJAPAN, Yonosuke! I’ll introduce one of the Japanese cultures, origami today!

I’ll introduce how to make an origami bird easily.

Animals are Popular among Origami Works 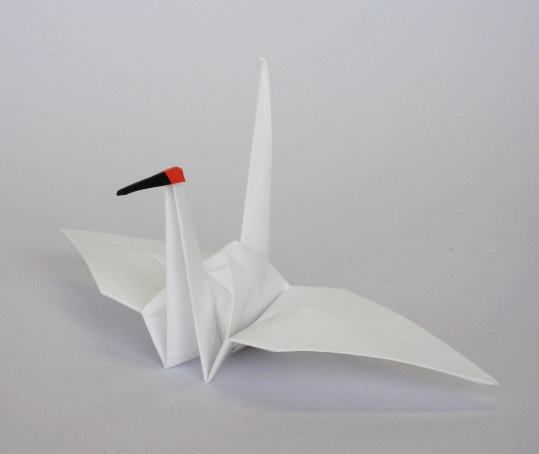 Origami has been familiar as a traditional Japanese culture. Even now it’s enjoyed by many people.

Even though it has been seemed not surprising since long ago, I realized it amazing that we can make various things from just a piece of origami paper.

You can make all sorts of things if there is origami.

Among these things, especially origami animals are very popular.

There are many kinds of origami animals. The standard work of origami, crane is also one of the animals.

One of Origami Animals, How to Make an Origami Bird

This time, I’ll introduce how to make an origami bird. It’s called tori in Japanese.

Because it’s really cute itself, its origami work should be more cute!

Anyone can make it easily, so let’s try!

How to Make an Easy Origami Bird

I’ll explain how to make it, and you can see details in the video as well. Please watch it!

▲At first, make a diagonal crease and fold it to put the sides together with the crease you made like the picture.

2. Turn it Over and Fold it so that you can See the White Part

▲Turn over and fold it on the line which links the apexes so that you can see the white part.

3. Make Creases by Folding it to Put the sides together with the Center Line

▲Turn it over again and make creases by folding it to put the sides together with the center line.

4. Make Inside Reverse Folds Following the Creases you Made

▲Make inside reverse folds following the creases you made. It should be like the picture.

5. Fold the Corners Down and then Fold them Back

▲Fold the corners down, and then fold them back like the picture. And there is a point you should be careful.

It’s better to put it lower than the maximum. If you care this, the balance of the whole work will be very good.

6. Fold it to Put the Lower Apex together with the Upper Apex and Fold it back so that it Makes a Pleat.

▲Fold it to put the lower apex together with the upper apex. And fold it back like the picture.

And then fold it in half on the center line and make an inside reverse fold on the corner to make a head. It’s completed!

Completion of an Origami Bird!

How is it? So cute! It took only a short time to make a bird!

The point you should be careful is, as I said, the step to fold the corners back in the 5th step. You can make a well-balanced bird like this, if you put it lower than the maximum. You can get relaxed with it displayed in your room, can’t you?

I introduced an origami bird at this time! Please try making it!

How was it? KARAKURIJAPAN introduces many other origami works.

You can make anything from a piece of origami paper! Let’s try!

>>Watch Other Lessons of Origami