“Kakashi(scarecrow)” by a Calligrapher by a Pen, Ms. Maria

Hello, I’m a writer of KARAKURIJAPAN, Yonosuke! I’ll introduce a work of calligraphy by a pen!

What is Calligraphy by a Pen

However, works by Ms. Maria are more powerful than normal calligraphy!

And we had her write the word “kakashi(scarecrow)”.

I think most of you know kakashi, but I’ll explain just in case.

Kakashi is a doll put in fields to avoid farm products from birds or animals.

It pretends as if there was a person in the field not to let animals come in. I can see some in my hometown, and can you see any in your neighborhood?

Kakashi is Called Scarecrow in English 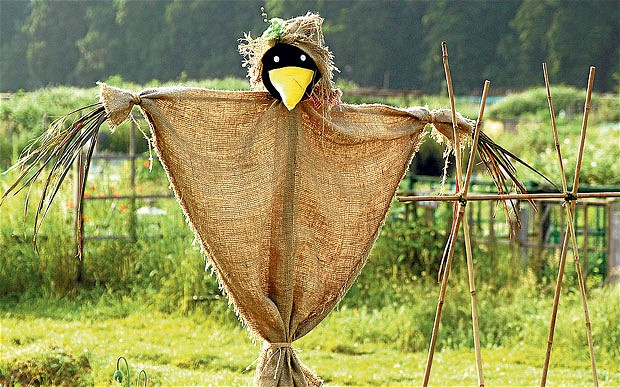 Kakashi is called scarecrow in English.

It originates from scare and crow, because it scares crows.

This picture is a foreign scarecrow. I didn’t know there are scarecrows overseas! Surprising! All people in the world want to protect their farm products! Anyway this scarecrow is kind of scary. A little different from Japanese scarecrows.

How to Write Kakashi by Ms. Maria

I’ll introduce the work by Ms. Maria! Please watch the video to see the detail!

▲She wrote “ka” at first. Elegant! I don’t know how to say, it’s well designed which doesn’t exist in normal calligraphy. Beautiful!

▲The next letter is “ka”. She often writes powerful letters, but at this time she wrote delicate letters! She kept writing in light motion.

She completed the work with the last letter “shi”. The letters “KAKASHI” makes the work more fascinating. It looks gallant overall.

Each letter is beautiful, and has a presence. Amazing!

Then what did she think while writing it?

My image of a scarecrow is standing alone on a field in a mountain.

So I write it simply to represent its loneliness and desolation.

That’s why each letter has got to the center. There was a reason!

Feeling like standing alone in a field in a mountain. As she said, I feel lonely. So amazing that she represented a scarecrow just by a pen!

Awesome work! Thanks to Ms. Maria!

You can watch other works by Ms. Maria with KARAKURIJAPAN! All works are amazing! Please check them out!

>>Watch other works by Ms. Maria